Supporters vs. Fans: Which One Do You Actually Want? 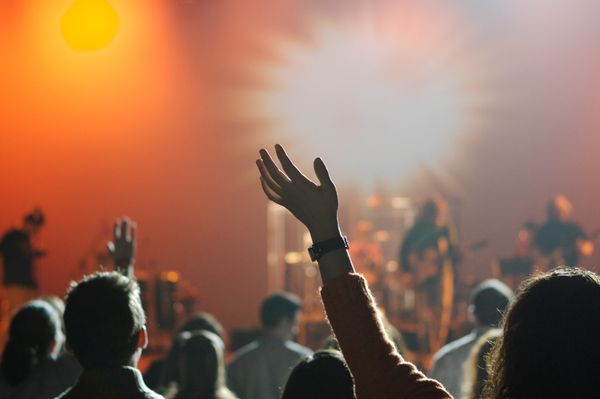 Support is One-Sided, Temporary, and Given for the Wrong Reasons

Support is one-sided. The only beneficiaries of support are the ones who receive it. There might be a fleeting feeling of euphoria that your supporters get from the exchange. But for the most part, support feels almost like a moral obligation- like something done out of guilt. Supporters are supporting you as an individual they know and love outside of music. Your friends, family, neighbors, co-workers- they might all be willing to support your band if it’s not too inconvenient for them. But if they’re merely supporters, they’re not connected to what you’re doing as a musician. They’re a butt in the seat and a face in the crowd for now. But they aren’t engaged, because they aren’t getting anything out of it.

Support is temporary. Because it’s one-sided, support isn’t sustainable. You see this a lot when there’s a hot new band in your market. They play their first few shows to packed houses. Their supporters come out in droves. Everybody who knows a member of the band comes out to see the first few shows. All of the other local venues see pictures on Facebook of the packed house, and the band gets booked out every damn weekend for the next 12 weeks. And then, predictably, the crowds start to thin out and the buzz starts to fade. Supporters don’t stick around.

Support is given for the wrong reasons. I hate the phrase “support local music.” It implies that the only reason that the music you make is worthy of support is that it is made locally. If that’s true, you’re not trying hard enough to make good music, and you aren’t holding yourself to a high enough standard. Support local cheese? Damn right. Local cheese is fresh cheese, and that’s the best kind of cheese. There’s a benefit for the consumer that being local provides when you’re buying cheese. But if people are only showing up to your shows, buying your CDs, and “supporting” the music you make because it’s locally-made, they’re not connecting with it on any level. And they’re not going to be there for the long haul.

Fandom is Mutually Beneficial, Long-Lasting, and Given Freely

Fandom is mutually beneficial. Unlike supporters, fans are coming to shows and buying merchandise because they want to. They are getting something from the exchange, and they’ve connected with your music on a deeper level. So you’re not the only one receiving anything in a band-to-fan relationship. That’s important, because it’s what will keep them coming back. And I don’t have to tell you how beneficial it is to have “support” like that.

Fandom is long-lasting. Once someone has willingly declared themselves a fan of your music, it’s actually a lot harder to lose them than it is to keep them. They aren’t just connected to you as a person. There’s a deep, emotional tie to the music you make. It reminds them of great experiences, better days, long-lost loves, or friends and family that are no longer here. You've earned the right to be woven into the fabric of their unique life experience. Because of that strong attachment, unless you do something drastic to drive them away (don’t do that), fans will stay fans.

Fandom is given freely. Fans don’t come to shows because they are worried you’ll be offended if they aren’t there. Your feelings aren’t part of the equation at all, and that’s a good thing. Fans come to shows because it’s exactly where they want to be. Fans buy (and wear) your band’s T-shirt because they want other people to know they’re your fans. When you’ve developed a relationship like that, you have something that’s absolutely priceless.

You Deserve to Have Fans

I believe that one major reason indie bands don’t use the term “fans” to describe their fans is that they feel like, maybe even subconsciously, they aren’t a big enough deal to have fans. They feel like fandom is something that can only be associated with legendary arena-packing bands like The Beatles or Aerosmith. It’s as if having fewer than a million fans doesn’t give you the right to have any fans at all. I am guilty of this. I have, in the past, shied away from defining the people who care deeply about our band as “fans,” because I felt like other people might think that I thought we were a bigger deal than we were. But who the hell cares what other people (who aren’t your fans) think? Let’s hit up Google for a definition of the word fan:

Fan: a person who has a strong interest in or admiration for a particular person or thing.

I think we all know at least a few people who feel that way about the music we make. Let’s not be afraid to call them what they are. Fans are the key to the long-term success of your band. Don’t be ashamed to have them and recognize them for what they are.

You’re never going to get what you don’t ask for in life. The next time you send out an email or share an upcoming event on Facebook, resist all temptation to ask people to “come out and support you.” Instead, appeal to your fans. Promise them the good time you know they’re craving, and get to work building your fan base.